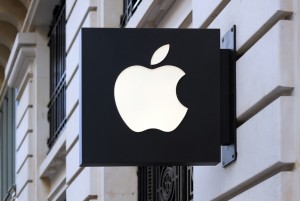 There is no denying that Apple equals innovation. For better or worse regarding product management, Apple is hugely successful in tapping into existing markets, creating new ones and introducing products we didn’t even know we wanted, let alone needed. Try and tell me you don’t know someone with an Apple product.

The Apple Effect is apparent across markets and industries with products and websites “redesigned” and renamed with an “i” in front of the old name. A myriad of companies, some of which I’ve even worked for, are guilty of this behavior. As just one example, there is even a rollaway bed named the iBed. It doesn’t feature any technology whatsoever. It is literally a foldable bed, but the “I” infers something, doesn’t it?

Product managers are not completely innocent either. Too many times I’ve heard “Let’s just be like Apple and just put an ‘I’ in front of the name” during a launch meeting.

The answer to this is that you can’t just be a little bit of Apple. You can’t cherry pick the effects of a company like Apple while ignoring the corporate culture, philosophy and operating standards. However, there are things product managers can do to work more like Apple in their day-to-day tasks, and most come from observing and mimicking management’s behaviors.

Hit things with the Simple Stick
What I mean by this is get to the product management at heart. Evaluate decisions at various aspects of the design cycle and make adjustments that simplify the product either from a marketing or design perspective.

Expel extra weight
Only have the necessary people needed for the task at hand in a meeting. Anyone else that isn’t a direct owner or decision-maker shouldn’t be in the room or invited to participate.

Jobs was notorious for walking into an Apple meeting and asking everyone in the room why they were there. If you weren’t directly touching or impacting the decisions for that meeting, he kicked you out. The thinking here is that having “extra weight” impedes and hinders the creative process since those people aren’t actively adding value.

Include the project owner/executive in every stage
How many times has your manager or executive handed a project off to you and weeks or months later are completely unsatisfied with the status when you update them? Too often a project kicks off and the owner is looped in only at the end, where they are disappointed because it’s not what they envisioned.

One of Apple’s philosophies is to always have the project owner/executive in every meeting. This ensures the vision is intact and present throughout every stage of product development and when every decision is made.

Steve Jobs was a remarkable leader with an acute sense of vision and passion to succeed. He was also fortunate to have the right people at the right time in the right place. For all his accolades, he was only human and made some questionable decisions. Did you know before the iMac received its final name, he was adamant that it be called “MacMan?”

While it’s quite impossible for every company to “be more like Apple” short of actually being Apple, companies and product managers can take some cues from Apple and integrate them in their daily practices. We can’t promise your next product will be the next game changer, but why not see where it takes you?

What’s your experience with the Apple Effect? Have you been asked to “be more like Apple?” Leave a comment and let us know.