Home » Blogs and News » You Already Know To Begin With The End In Mind. But Do You?
Wed18

You Already Know To Begin With The End In Mind. But Do You? 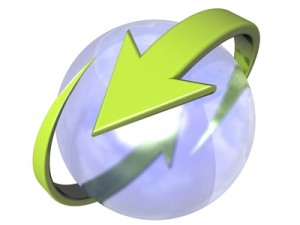 This was such a simple statement. And yet, it had a profound impact on me.

I was in my early days at Affinity Circles, leading our product team, and struggling with too many competing priorities. I was wasting time and energy arguing with the other members of our executive team, struggling to get alignment.

I had turned to Julie, our CFO, for advice. As soon as she said this, I knew she was right. It was so simple. I was a little embarrassed I hadn’t thought of it myself. She was absolutely right.

This lesson has stuck with me and I’m a better product person for it. It’s hard to get alignment, it’s hard to get everyone moving in the same direction when you haven’t defined what success looks like.

Your Goal is Your Ultimate Measure of Success

It should go without saying that your goal should be your primary measure of success. But I’ve worked with enough teams to know it needs to be said.

If you do a good job setting your goal, everything else becomes easy (well, easier).

If you’ve followed my process up until this point (setting your goal, generating ideas, evaluating those ideas in the context of your goal, experimenting to understand expected impact, prioritizing based on test results, and iteratively building your MVP), measuring success is a no brainer.

It comes down to whether or not you hit your goal. It really is that simple.

But so many teams struggle with getting to this point. They measure anything and everything. Their dashboard includes a hundred different metrics. They get lost in the sea of numbers, distracted by the meaningless ups and downs of a week, month, or year.

Stop measuring anything and everything. Stay focused on your goal.

Do Watch the Impact on Your Success and Growth Funnels

You do want to be careful that you keep everything in balance as you chase after your goal. You should know enough about your funnels (both your success funnels and your growth funnels) to know that blowing out your goal won’t disrupt anything else.

But, as we all know, anything goes in this industry.

So keep a watchful eye on your funnels. Never lose site of the big picture. Yes, your goal matters. But only if it doesn’t disrupt everything else.you’ve worked towards.

Track the impact on your success and growth funnels every day.

Focus on People Not Actions

Your success and growth funnels should measure people not actions. They aren’t landing page funnels. You are measuring the success that the people who visit your site have.

For the most part, measuring people will be more informative than measuring actions. You want to increase the number of people who are having success on your site.

There is an exception. You will get to a point where you will want to increase the amount of success each person is having. You want to grow the average revenue per customer or increase the number of postings per visitor. But most people focus on this far too soon, when they should be focusing on generating success for more people.

When in doubt focus on people measurements. Not actions.

It can be hard to change the behavior of the people currently using your site. So how do you measure the impact of the product changes you are making?

It’s hard to build an effective product without identifying a strong cause-and-effect relationship between the changes that you make and the actions of the people who are using your site.

If you measure success in the context of signup cohorts (daily, weekly, monthly), you can start to see a stronger connection between what you changed on the site and how it influenced behavior.

Suppose you change the way people update their profile. If most users only update their profile on first sign up, it may take months for you to see the effects of this change propagate throughout your user population. But if you look at how this change impacted the behavior of the people who signed up this week vs. last week, you can start to understand the impact it is having right away.

Get in the habit of measuring success in the context of time-based cohorts, not your entire population.

Isolate and Understand Where Breakdowns Occur

One of the most common mistakes I see people make is they spend their time fixing the wrong steps. Something isn’t working quite like you expected so you start making changes. But do you really know what’s happening?

Take the time to understand the exact point where breakdowns are occurring. Don’t guess. Map it out.

This is where measuring actions, as well as people, can be helpful. Are people going back and forth between two steps? Are they stuck taking the same action over and over again? Are they missing an option altogether?

The more you can isolate and understand where a breakdown is occurring, the more likely you will be able to fix it.

This is another topic that sounds straight forward, but is hard to do in practice. It’s easy to assume that you know what’s going on. But it’s critical that, instead, you continue to assume that you are wrong and look for evidence to the contrary

Don’t trust your gut. Look at the data. Map it out. Then fix the actual problem.

Unfortunately, many of us have an aversion to analytics. It’s not an easy topic.

Knowing what to measure is hard.

Knowing how to measure it is even harder.

Getting accurate data can be harder yet.

You don’t need a math degree or a statistics degree to get it right. But you do you need diligence, patience, and an analytical mindset.

If this is an area that terrifies you, like it does for many, get some help. It can make all the difference between a successful product and one that flounders indefinitely.